Winnipeg, Manitoba, Aug. 22, 2018 (GLOBE NEWSWIRE) — Today the corporation previously referred to as 10552763 Canada Corporation, a partnership of Avana Canada Inc. of Ontario, Fisher River Cree Nation of Manitoba, Chippewas of the Thames of Ontario, of MediPharm Labs Inc. of Ontario, and retailer Native Roots Dispensary announced its name as “Garden Variety,” along with plans to open four stores in Manitoba. One of four organizations awarded licenses to operate retail cannabis stores in the province, the corporation has remained quiet until now about activities and development efforts while conducting intensive research and market analysis before selecting its name, design and retail strategy.
“We took time to learn what Canadians and especially Manitobans were looking for in a retail cannabis experience and developed the Garden Variety with the specific aim of aligning with those needs,” said Ryan Brown, CEO of Garden Variety and Native Roots. “We know from our operational experiences with Native Roots over the past nine years in the US that we must start by asking the right questions of our customers rather than assume we know what they want. Garden Variety is the result of that investigation, and its concepts and design are inviting, comfortable and anything but ordinary.”
As the only current Canadian company with existing expertise in operating adult-use retail cannabis dispensaries, Garden Variety has developed strategic plans for store development in four locations including two in Winnipeg, one in Brandon and one in Thompson. The Manitoba Growth, Enterprise & Trade (GET) authority has reviewed the proposed locations and found them permissible.
Plans include build-out and design elements to ensure a welcoming, relaxed environment for customers seeking a variety of shopping experiences as well as an online purchase and home delivery process. “A great deal of thought and research was done prior to the development of the plans,” said Zubin Jasavala, President and CEO, Avana Canada Inc. “Garden Variety will be comfortable for our customers, break down barriers that might intimidate people from exploration and bring a bit of everyday magic to the experience of shopping for cannabis.”

Fisher River Cree Nation Chief, David Crate remarked, “Each of the Garden Variety partners brings something special to the table, which makes the company stronger as a whole. We are excited to bring both our perspectives as Manitobans and as an Indigenous nation to this partnership.”

Garden Variety will open two Winnipeg stores within the year, launching Brandon and Thompson locations in 2019. Capitalizing on the successful Native Roots experience in Colorado, Garden Variety is taking a conservative approach, building a strong operational foundation with a focus on Manitoba locations. The privately funded corporation, has invested resources in advance strategic development to avoid common mistakes with lessons already learned in Colorado, and get things right from the start.
“We are thrilled to be part of such a talented and experienced team, building a world-class organization from the beginning,” said Pat McCutcheon, President and CEO, MediPharm Labs Inc. Mike Deleary, Executive Administrator for the Chippewas on the Thames Nation, agreed adding, “We see this as the beginning of a long-lasting relationship that will bring valuable resources to our Nation as we look ahead to the future.”
_________________
About Garden Variety:  Garden Variety will be one of the first cannabis companies to operate retail cannabis stores in Canada. It is a partnership of Avana Canada Inc. of Ontario, Fisher River Cree Nation of Manitoba, Chippewas of the Thames of Ontario, MediPharm Labs Inc. of Ontario, and US-based retailer Native Roots Dispensary. The company has been approved to operate four brick and mortar, adult-use retail cannabis stores in the province of Manitoba. Garden Variety will begin operations offering cannabis flower, non-combustible oil and pre-rolled joints available in store and through online ordering and home delivery.
About Native Roots:  Native Roots is one of the largest cannabis companies in the United States with 20 retail locations and more than 600 employees across the state of Colorado. Founded in 2009 with medical marijuana centers and adding recreational dispensaries with legalization in 2014, Native Roots is one of Colorado’s most recognized cannabis brands, providing a variety of high quality recreational and medical cannabis, extracts, edibles, beverages, tinctures, topicals and more in a warm and welcoming environment. The organization is known for having one of the most intense and extensive staff training programs in the industry to ensure patients and customers are provided with the knowledge and education they need to make an informed decision about their cannabis purchase for the experience that matches their goals. It operates in 11 different communities serving four distinct regions across the entire state including, the Denver Metro area, Boulder County, the Mountains and Southern Colorado.
Avana Canada Inc.: Avana is an emerging vertically integrated Licensed Producer and retailer in the cannabis industry in Canada. Their state-of-the-art, 27,000-square-foot flagship facility is built to EU GMP standards, with the ability to expand to over 350 acres in St. Thomas, Ontario, and a 1 million square-foot greenhouse in Kingsville, Ontario which will serve as Avana’s secondary site. Avana is focused on building strong customer loyalty by creating an exceptional customer experience and producing consistently superior products that are sold under the Avana brand.
MediPharm Labs Inc: Founded in 2015, MediPharm is a pioneer in the cannabis industry and has the distinction of being the first company in Canada to become a licensed producer for cannabis oil production under the Access to Cannabis for Medical Purposes Regulations (ACMPR) without first receiving a cannabis cultivation license. This expert focus on cannabis concentrates from MediPharm’s cGMP (current Good Manufacturing Practices) and ISO standard clean rooms and critical environments laboratory, allows MediPharm to work with its established, Health Canada-approved cultivation partners to produce pharmaceutical-grade cannabis oil with a competitive advantage. MediPharm is research-driven and focused on downstream secondary extraction methodology, distillation, and cannabinoid isolation and purification. MediPharm provides B2B contract processing of cannabis to Canadian authorized licensed producers and appropriate international growers, supplying integrity-assured cannabis oil to qualified companies for sale under their own brand. In addition, MediPharm will supply raw materials, formulations, processing and packaging for the creation of ready-to-sell advanced derivative products. Through its subsidiary, MediPharm Labs Australia Pty. Ltd., MediPharm has also completed its application process with the federal Office of Drug Control to extract and import medical cannabis products in Australia. For additional information about MediPharm, please see MediPharm’s website: www.medipharmlabs.com.
Fisher River Cree Nation, MB:  Fisher River Cree Nation is a self-sustaining progressive Indigenous community in Manitoba, located approximately 193km north of Winnipeg. Led by Chief and Councillors elected representatives of band members, the Fisher River Cree Nation strives to protect and maintain the intent of their rights and treaties. The local administration serves the community regarding Aboriginal Rights, Treaty Rights, band capital and revenue funds in trust. They also deal with matters involving non-band members with respect to business and industrial interests. Fisher River Cree Nation is the 1st First Nation in Manitoba to obtain the latest Certification from the First Nations Financial Management Board, the Financial Management System Certification. Currently only five First Nations in Canada have FMS Certification. To date, Fisher River has received Financial Performance Certification gaining Fisher River access as a borrowing member of First Nations Finance Authority, allowing access to low-interest loans for infrastructure and community projects like the Community Centre, Bay River Inn & Suites, New High School, and new ICFS Office Complex.
Chippewas of the Thames, ON: Chippewas of the Thames First Nation is an Ojibway community established in 1760 along the banks of the Thames River. Their land base comprises 3,331 hectares of unceded land in Southwestern Ontario, and they are located on the north bank of the Thames River approximately 20 km southwest of London, Ontario. The Chippewas of the Thames are a forward-thinking nation with a strong grasp of traditional values. Through culture, heritage and continued education, the Chippewas of the Thames are working toward a better future – toward a self-governing First Nation that thrives socially, culturally, spiritually and economically.
###
Kim Casey
Garden Variety
1+720-722-1942
kim.casey@gardenvariety.com
[wds id=”2″]

Chief and Council invite you to attend an important Crown consultation meeting on proposed legislation to restrict night hunting. The proposed legislation also provides for creation of shared wildlife management committees that with a minimum of 50% Indigenous membership. Manitoba Wildlife officials will be in attendance to answer questions. The meeting will be held : Tuesday, August 21, 2018 5:00 p.m. – 7:00 p.m. Fisher River Cree Nation Community Centre 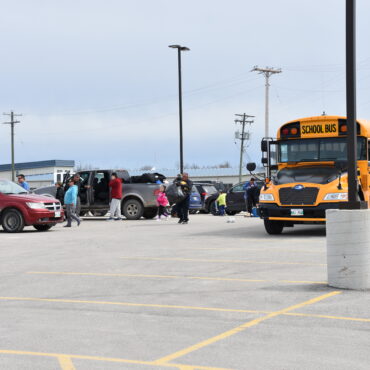 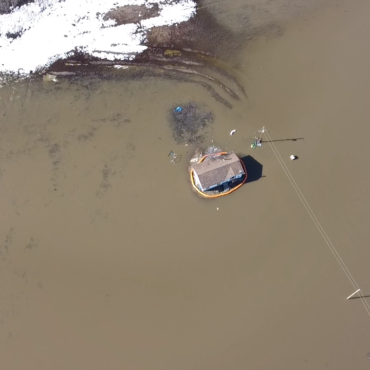