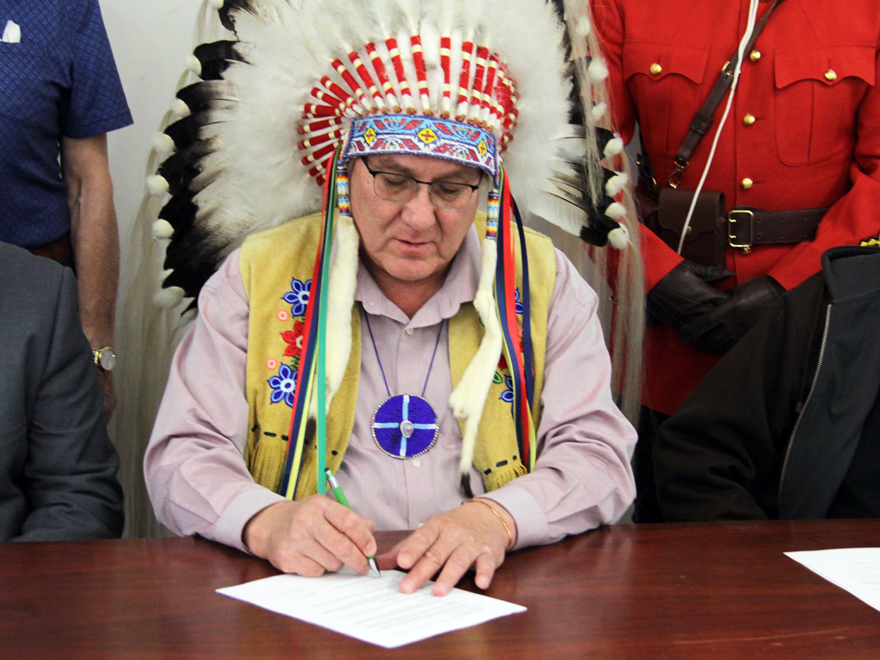 “The signing of the CTA Agreement is another step forward for the security of the members of the Fisher River Cree Nation and marks an accumulation of 15 years of work and effort in trying to secure policing services in the Community.
Today is a milestone for the Community and we look forward to working with the Federal and Provincial Governments in the process of establishing the RCMP Detachment in Fisher River Cree Nation.” – Chief David Crate

According to a Harvard University study; policing services contributes not only in safety but in economic development. As potential partners and investors feel more secure about their involvement in the community if police services are nearby and present.

The proposed location for the new Detachment will be where the old Community Hall once stood and is in the heart of the Community.

Once signed by the other levels of Government, the agreement will be posted.

FISHER RIVER CREE NATION, MANITOBA - The Premier of Manitoba, Brian Pallister along with other Ministers met with Fisher River Cree Nation Leadership on May 14 at the Administration Office. Leadership took the opportunity to discuss many upcoming Infrastructure projects, including the expansion of the Water/Sewage Treatment System, Highway 224, Green Energy initiatives and more. Also discuss was the changes regarding the Commercial Fishing industry in the Province and how […]