A Canadian Cree artist will have his exhibition launched Thursday at New York’s Metropolitan Museum of Art.
Toronto-based artist Kent Monkman, whose work looks to paint a bold re-evaluation of history from an Indigenous perspective, now has his art front and centre at The Met’s main entrance.
The installation, titled “mistikôsiwak” (“Wooden Boat People”), is part of a commissioned series by The Met that invites modern-day artists to create new pieces of work to “establish dialogue” between the artist, the museum and its visitors.
Monkman, who is a member of Manitoba’s Fisher River First Nation, said that he always wants to bring his work back to both the experience’s of the Cree people, as well as the broader outlook of colonialism on Indigenous people across North America.
“I think that a lot of the work that I do is asking people to look differently at the art history, the dominant version of art history as it’s rolled out in our museums and how it’s been perpetuated by museums for the last 150 years,” Monkman told Global News in an interview.
“I want my audience to challenge the authority of that dominant narrative that is essentially from a European settler perspective and I want to surprise people with my own artwork. I like to provoke people. I like people to be maybe caught off guard by my work sometimes.”
Monkman’s paintings reappropriate images throughout art history to both intertwine the experiences of Indigenous people and present-day issues to subvert the narratives of Euro-American culture.
His exhibit is split into two large canvasses that each take one side of the entrance.
The left side, Welcoming the Newcomers, paints a re-imagined arrival of Europeans to North America. Indigenous people are seen both greeting and pulling new arrivals unto the shores of North America.
The right side, Resurgence of the People, takes direct influence from Emanuel Leutze’s iconic painting Washington Crossing the Delaware, showcasing Indigenous resiliency within the themes of arrival, migration and displacement.
Both paintings feature a character created by Monkman called Miss Chief Eagle Testickle.
Monkman said the two-spirited character, who The Met describes as his “shape-shifting, time-travelling alter ego,” was created to de-colonize Indigenous sexuality.
“You know, our our understanding of gender and sexuality was much broader than the European understanding of male … female binary. So I created this character that can really speak to a deeper and broader understanding of gender that existed in indigenous cultures across this continent. ” said Monkman.
“And so I wanted to really just de-colonize our thinking about our own sexuality and to inform you know settler cultures that we we had a place for people that lived in the other gender. We had a place for people that were gay by anything in that spectrum. LGBTQ2 Indigenous people had had a place for that. And that’s something I’m very proud of.”
In both pieces, Miss Chief is seen front and centre either extending her hand out to settlers on the shore or leading the charge on a wooden boat.
Visitors can see Monkman’s Met exhibition from Dec. 19, 2019, to April 9, 2020, while his solo exhibition, “Shame and Prejudice: A Story of Resilience,” will be featured in museums across Canada until 2020. 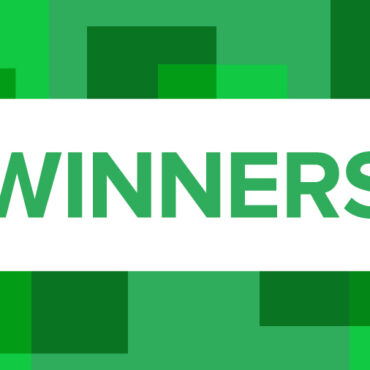 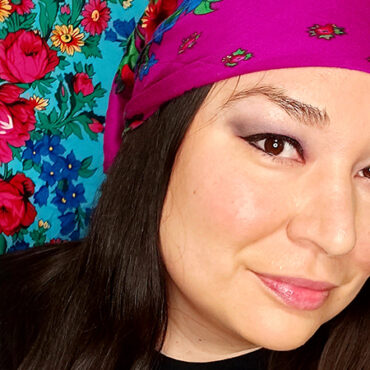