Omicron FAQ: Everything you need to know about the COVID-19 variant 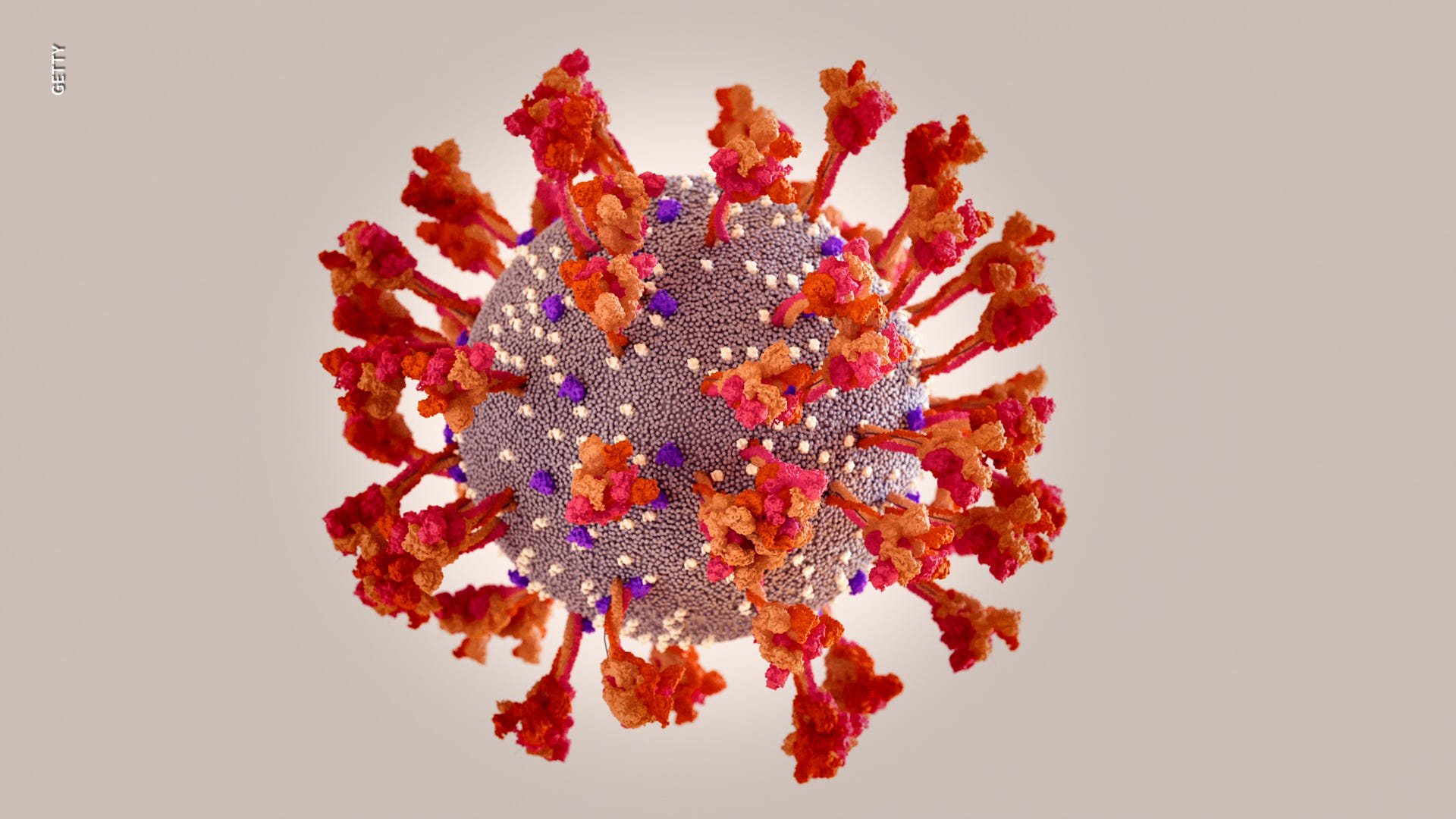 For nearly two years, the COVID-19 pandemic has thrown countless curve balls at Canadians and it shows no sign of stopping.

Enter Omicron, a new variant that is spreading quickly, threatening to replace the Delta variant as the dominant strain in several countries.

Many scientists are studying the mutation, seeking to provide answers to the hundreds of questions being asked.

Here is what we know about Omicron so far. Much of this could change, and when it does, this post will be updated as needed.

Where was Omicron found?

Towards the end of November, COVID-19 infections in South Africa began increasing steeply. While studying the spike, scientists came across a new mutation on Nov. 24.

Shortly after its discovery, South African officials alerted the world to the new variant. Two days after the mutation was found, the World Health Organization designated it a variant of concern, as it had previously with Delta and Alpha, and named it Omicron.

Since its discovery, Omicron has been found in 89 countries, including Canada, according to WHO, with cases doubling every 1.5 to three days.

Omicron’s “substantial growth advantage” over the delta variant means it is likely to soon overtake delta as the dominant variant in those countries, the U.N. health agency said.

According to the WHO, Omicron poses a “very high” risk to the world’s fight against the COVID-19 pandemic.

Some preliminary evidence has emerged about Omicron, including its symptoms, which seem to be slightly different from Delta according to Dr. Angelique Coetzee, chair of South Africa’s medical association. She recently told Global News that patients she’s aware of are reporting headaches and body aches, and a slight sore throat.

Commonly reported symptoms of Omicron included cough, fatigue and congestion or runny nose, according to the WHO. They cited U.S. data during the update, which the WHO said looked at 43 partially and fully vaccinated individuals who were infected with Omicron, the majority being 18 to 39 years of age.

Early studies tend to be focused on groups of young people who appear to have less severe COVID-19 outcomes than older age groups, Jason Kindrachuk, an assistant professor and Canada Research Chair in emerging viruses at the University of Manitoba, previously told Global News

Even if Omicron turns out to cause less severe illness, if it’s more transmissible, it’s still dangerous, Kindrachuk added.

How fast does Omicron spread?

The transmissibility of Omicron has concerned researchers worldwide, and Canadian officials have projected that if it replaces Delta as the dominant strain in the country, daily infections could hit 26,600 a day nationally by mid-January.

Ontario – the only province tracking Omicron’s reproductive rate – has reported that it’s infecting almost four times as many people as the Delta variant.

On top of that, The Public Health Agency of Ontario (PHO) says that more than 80 per cent of the 1,536 new cases reported on Dec. 13 involve the Omicron variant.

From Nov. 14 to Dec. 14, the national rolling seven-day average of COVID-19 cases rose to 4,292 from 2,488. While Delta continues to represent the vast majority of recent COVID-19 cases in Canada, so far, nearly all provinces have reported cases of Omicron.

At a COVID-19 update Friday, Chief Public Health Officer of Canada, Dr. Theresa Tam, said there has been close to 350 confirmed Omicron cases in 11 provinces and territories so far.

Though it will take weeks for a final determination to be made, early data out of South Africa shows Omicron is causing less severe illness than other variants. According to South Africa’s National Institute for Communicable Diseases, only 30 per cent of those hospitalized with COVID-19 in recent weeks have been seriously ill.

However, the WHO is warning countries against writing off Omicron too soon, saying even if it does cause less severe illness, the number of cases could once again overwhelm underprepared health systems.

How many vaccinated are being infected

There are still a lot of unknowns when it comes to the Omicron variant, and in Canada, there’s little research that details the likelihood of catching the new strain of COVID-19.

Omicron is slated to become the dominant variant in Ontario within days, Dr. Peter Jüni, the head of Ontario’s Science Advisory Table, warned on Dec. 13. That means the recent numbers emerging from the province can provide a snapshot of how Canadians with different vaccination statuses are faring against the variant.

How effective are vaccines against Omicron?

Vaccines are still one of the best ways to protect yourself against COVID-19, according to Dr. Theresa Tam, Canada’s top doctor.

Speaking to reporters on Dec. 13, she urged those who “haven’t had the vaccine” to “get the first and second doses, including the younger children.”

Early studies from around the world support the prospect that even those who are fully vaccinated might be susceptible to Omicron.

Two-dose COVID-19 vaccine regimens do not induce enough neutralizing antibodies against the Omicron coronavirus variant, British scientists from the University of Oxford found on Monday in their yet-to-be-peer-reviewed study. That finding suggests increased infections in those previously infected or vaccinated may be likely.

However, that doesn’t mean vaccines don’t offer some measure of protection. Early studies show that the vaccines are still very effective at keeping you out of the hospital if you catch COVID-19’s latest variant, Omicron.

Moderna: Moderna’s efficacy against Omicron was tested alongside Pfizer’s in research done at the University of California. That research – which has yet to be peer-reviewed – found that after two doses of an mRNA vaccine from Pfizer/BioNTech or Moderna, efficacy against symptomatic infection from Omicron is only about 30 per cent – down from about 87 per cent versus Delta. The findings were later supported in pre-publication research from Moderna, which also found Moderna is less effective against Omicron.

The researchers added that protection against severe disease still sat around 86 per cent for recent mRNA vaccination against Omicron, and 67 per cent for waned immunity, according to Reuters.

How effective are the boosters at fighting Omicron?

The most important thing Canadians can do now is follow public health advice and “get your booster shots,” Tam said.

The early findings about boosters are promising. The United States’ top doctor, Anthony Fauci, shared Wednesday that “booster vaccine regimens work against Omicron,” whether your dose is Pfizer or Moderna. He cited new data from the U.S. National Institute of Allergy and Infectious Diseases (NIAID).

Research from the University of California indicates boosters can push protection against Omicron back up to roughly 48 per cent. As for preventing severe disease, boosters appear to push that efficacy back up to 91 per cent.

A  study released in the United Kingdom on Friday also found a COVID booster shot can provide  71–75 per cent against mild symptoms of COVID-19.

Moderna recently shared a half dose of its vaccine as a booster increased neutralizing antibodies against Omicron 37 fold. A full shot as a booster dose of the same vaccine drove antibody levels even higher – more than 80 times pre-boost levels.

How effective are treatments at battling Omicron?

The full results of Pfizer’s 2,250-person study found the drug reduced combined hospitalizations and deaths by about 89 per cent among high-risk adults when taken shortly after initial COVID-19 symptoms.

Separate laboratory testing also showed that the drug still works when it faces off against the Omicron variant, according to Pfizer.

What Omicron means for COVID-19 restrictions

With the virus variant spreading across the world, Canada and many other countries have taken the approach to limit travel to certain countries, namely in Africa.

A travel ban placed on foreign nationals that have travelled through one of those African countries in the past 14 days has now been lifted however.

Anyone coming to Canada from outside the U.S. needs to show proof of a negative PCR, NAT or RT-LAMP test to be allowed to enter Canada. For travellers who have been in the U.S. for under 72 hours and are using the land border, they are not required to do a PCR test, but must register with the ArriveCan app.

The federal government announced on Dec. 15 that Canadians should avoid non-essential international travel – but they stopped short of issuing an outright ban.

No province has declared a lockdown yet, but some previously lifted restrictions have been reinstated, ranging from gathering limits and rules around who can enter long-term care homes.

Ontario, which added over 4,000 new cases of COVID-19 on Sunday, most recently announced a string of new restrictions in response to Omicron’s spread — adding a 50 per cent capacity limit to most indoor public settings and a new social gathering cap of 10.

Officials in B.C. have announced new restrictions in place starting Monday, with indoor gatherings restricted to one household plus another 10 individuals, or another household if everyone there is vaccinated against COVID-19. The new orders also include restrictions to people at restaurants, and limits to venues with 1,000 seats or more.

On Thursday, Quebec added a handful of new measures including a 50 per cent operating capacity for all stores, which would also apply to places of worship alongside a requirement to show a vaccine passport.

High-risk activities would also be banned as of Dec. 20, and indoor private gatherings would limited to 10 people.

Why Omicron after Delta

The World Health Organization (WHO) skipped two letters in the Greek alphabet in going from Delta to Omicron when naming the most recent SARS-CoV-2 variant.

The name Omicron comes after “nu” and “xi” in the alphabet, which the WHO said they skipped to avoid confusing the public and causing offence.

“`Nu’ is too easily confounded with ‘new,’ and `xi’ was not used because it is a common last name,” the WHO wrote in a statement to the Associated Press.

The organization added that it is not their intent to cause any “offence to any cultural, social, national, regional, professional or ethnic groups.” It is the first time the WHO skipped over a letter to name a variant. 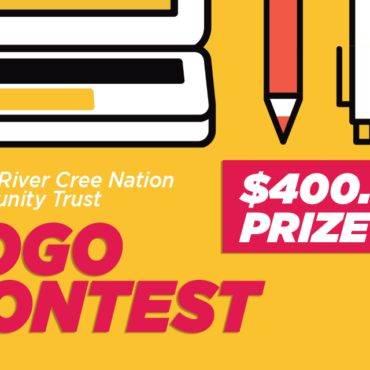 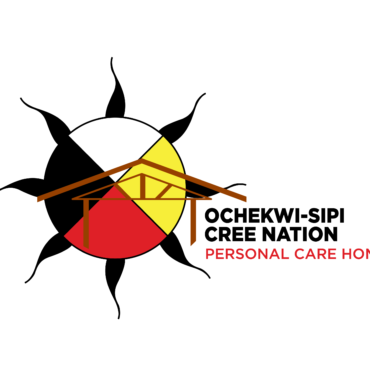 COVID-19 Outbreak at the Personal Care Home Declared Over 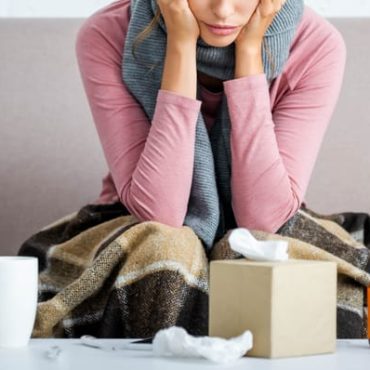