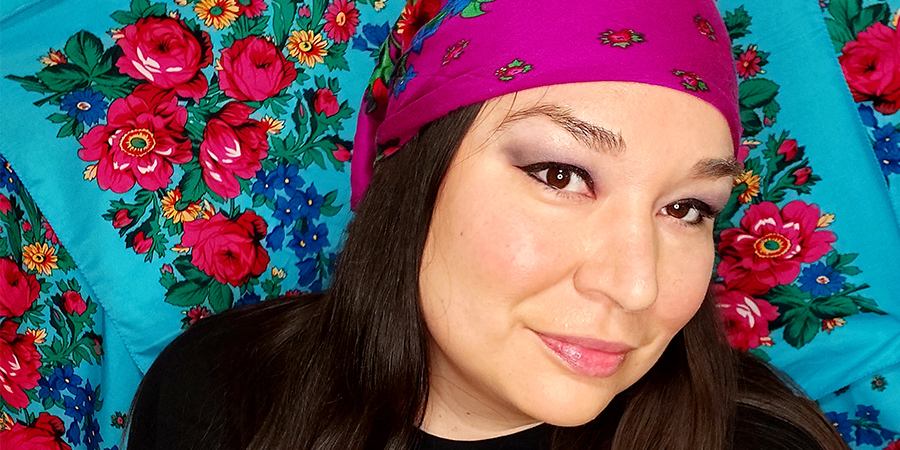 NSI IndigiDocs is a part-time online program offering customized training for Indigenous documentary filmmakers who have an idea for a 10-minute film.

Theresa Stevenson is an interdisciplinary artist who has studied and practiced an array of creative fields including film.

She is a graduate of CBC New Indigenous Voices and the imagineNATIVE/Harold Greenberg Story Editing Mentorship.

Registered with Fisher River Cree Nation in Manitoba, she currently resides in Toronto.

NSI IndigiDocs has developed the skills of 54 Indigenous filmmakers, produced 28 short documentaries and created 359 jobs in independent productions with an overall budget of $582,943.

We are proud to introduce this year’s students and their documentary projects. Full bios can be found at the end of this announcement.

“We are ready to kick off the 2021 edition of NSI IndigiDocs with the same great content and amazing faculty members who continue to make this program a success” says Kaya Wheeler, NSI program co-manager. “Though we are distanced, we have found a way to unite the students as a team and bring in industry professionals to help guide and inspire them along the way.”

During online boot camp training, students learn to develop their skills in writing, producing and directing from top industry experts. At the end of phase 1, all students will have a market-ready film proposal. Students also attend the online edition of Hot Docs Canadian International Documentary Film Festival 2021.

A jury will select up to four students to go into production and receive a cash award of up to $16K and approximately $10K of in-kind services. Each student is paired with a mentor uniquely selected to meet their individual needs as they take their films into production. Final post-production will be done through the National Film Board. Completed films will be broadcast as a one-hour special on APTN. Individual films appear on nfb.ca, nsifilms.ca and aptnlumi.ca.

Propelled by a visionary network of donors, private and public organizations, the National Screen Institute supports diverse creators from across Canada to tell unforgettable stories. Through industry-informed training and mentoring in film, television and digital media, NSI students and alumni find their voice and place on the global stage, inspiring us to shape a better world.

NSI is committed to training participants from a diverse community of voices including Black, Indigenous, People of Colour, women-identifying, lesbian, gay, bisexual, transgender, queer or questioning and two-spirit (LGBTQ2S+), people with disabilities, those from regional and remote areas and various religious groups.

Their work revolves around fostering youth connection to land, language and culture. Their love for the north is vast and they want to show the rest of the world their home through authentic and creative films. Jiah would like to support more Indigenous youth in finding their voices through filmmaking.

Whitney Horne is an emerging screenwriter, director and producer.

Founder of WOOSHDU HEEN STUDIO (est. 2019) based in Teslin, Yukon, she participated in the 2020 Whistler Film Festival – Indigenous Filmmaker Fellowship, and is a new member of the Canadian Media Producers Association (CMPA).

Whitney’s background in multi-media art complements her unique filmmaking style. Her vision for a hybrid animated film-documentary called The Longest Canoe Race is the project she brings to NSI IndigiDocs 2021.

Whitney has Inland Tlingit – Irish ancestry, lives and works on Teslin Tlingit Traditional Territory, is a citizen of the Teslin Tlingit Council Self-Governing First Nation and part of the Dakh’laweidi Clan (eagle-killerwhale).

In 2019, Ben was part of the Netflix-BANFF Diversity of Voices Initiative for the Banff World Media Festival.

During the last year, he has been working on film sets, in TV animation production and talking about himself in the third person.

He also enjoys spending time outdoors (gardening, fishing and hunting) or chasing around his growing number of nieces and nephews.

Marsha Knight, an Ojibway Metis artist, was born and raised in Winnipeg.

With early roots in theatre, Marsha is making strides at working in the film sector. Having some experience in front of the lens, she is keen on working on the creative and production side.

Marsha is currently studying anthropology and psychology at the University of Winnipeg with a focus on historical and current colonial practices as related to food security and food sovereignty in both urban and remote centres. It is with this focus that Marsha is enthusiastic for this opportunity to tell this story and to learn about filmmaking.

Kim Stadfeld is an Anishinaabe woman (she/her) originally from Winnipeg, Manitoba currently living in Toronto, Ontario. She is a proud member of the Brokenhead Ojibway Nation in Treaty 1 Territory.

She is a beadwork artist, aspiring writer and a video post-production professional with over 25 years of broadcast television experience. Kim is a graduate of the University of Manitoba with a bachelor of arts in Native studies, she also studied media production at Assiniboine Community College in Brandon, Manitoba.

Most recently, Kim expanded her voice as an artist at the 2020 Indigenous Storytellers and Spoken Word Residency at the Banff Centre for Arts and Creativity.

She is a proud mother, a lifelong learner and a spiritual seeker who is passionate about art, new media and Indigenous storytelling.

Lois is from the Wahpeton Dakota Nation in northern Saskatchewan. Over the past year, she has been working with first language speakers and the Northern Dakota Language Group on the retention of the Dakota language.

Her goals are to bring Dakota language, history and stories to light with film. Although she doesn’t have an extensive background in film, she’s been encouraged by first language speakers to help tell the story of her community’s history and language.

Lois is excited and honoured to have been chosen to participate in NSI IndigiDocs. She knows what an incredible opportunity it is and all the beneficial teachings she will receive from it. She believes the information will be especially important to be able to share the Dakota first speakers’ efforts in retaining the Dakota Language, history and stories.

Telling stories has always been at the heart of who Brandon is, from when he was 10 years old emceeing a local traditional dance group, to now as he tries to develop his company Great Canadian Films.

As well as storytelling, traditional teachings have always been important to Brandon. Since he was eight months old, he has been on hunting trips with his father and grandfather, and he has built and visits cabins on the Fort McKay First Nation’s reserve lands of Buffalo Lake.

A graduate of the Southern Alberta Institute of Technology’s journalism program and a recipient of a TELUS STORYHIVE grant for his debut web series pilot The Katabasis, Brandon is constantly in search of a good story to tell. That search for stories has led him to travel to nine countries across three continents, climb and cave in a few mountains and work in careers ranging from line cook and truck driver to film director.

Brandon loves nothing more than sitting down with friends over a game of cribbage and listening to some old country music till one in the morning. 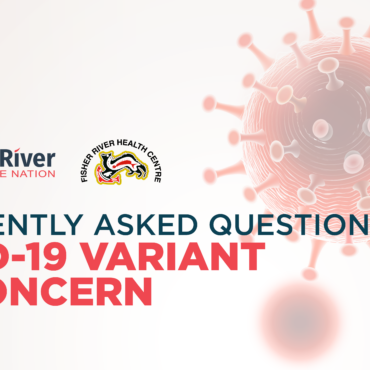 Frequently Asked Questions: COVID-19 Variant of Concern What is a COVID-19 Variant of Concern?  The virus that causes COVID-19, like all viruses, is constantly changing. These changes in the genes are monitored over time to see if they cause the behavior of the virus to change. In particular, we watch for changes that make the virus spread easier or that cause more severe illness. Across the world there are 3 […]